FCA of Illinois was formed in 2002 by union painting and drywall contractors in Northern Illinois who envisioned an alliance with the National Finishing Contractors Association (FCA) www.finishingcontractors.org. The FCA itself was a young organization, started only a few years earlier, and was formed to exclusively serve union finishing contractors. FCA of Illinois’s original mission was to serve union contractors by negotiating labor agreements, setting industry standards, promoting those standards to other associations, and working closely with Chicago contractors and others for the common good. 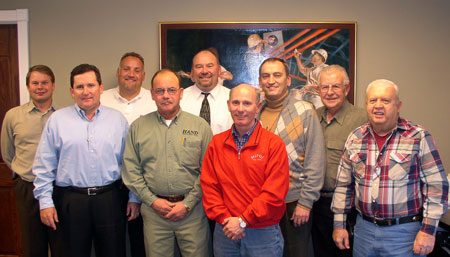 The eight-member Board of Directors were also among the first members of this fledgling group.  During subsequent years, FCAI gained new members and more programs were developed. In 2004, FCA of Illinois took over the responsibility for contractor negotiations with District Council No. 30 from the local PDCA organization.

Over the past decade, FCAI has grown to about 110 members  and became one of the most respected and strongest union finishing contractor organizations in the country.

Throughout its history, FCAI has been closely aligned with NIPDI, the Northern Illinois Painting & Drywall Institute, an industry promotion fund, sharing many programs, facilities, and staff.

Search from over 100 contractor specialists in the state of Illinois

Install this application on your home screen for quick and easy access when you’re on the go.